Criminal charges for violent crimes are very serious legal matters in any state, and maybe even more so in Nevada. All prosecutors across the state vigorously prosecute anyone accused of a violent crime, and especially when they have strong evidence against the defendant. In addition, public sentiment over horrific violent crimes is consistent with the position of prosecutors, and many times the cases become sensationalized in the media. This is especially true when multiple shootings or murder is the primary criminal act. Even when the state has a solid case based on specific evidence, these defendants still have a right to a strong defense. This can only be accomplished with solid representation from a violent crimes defense attorney who understands how these types of high-profile cases are built for prosecution. 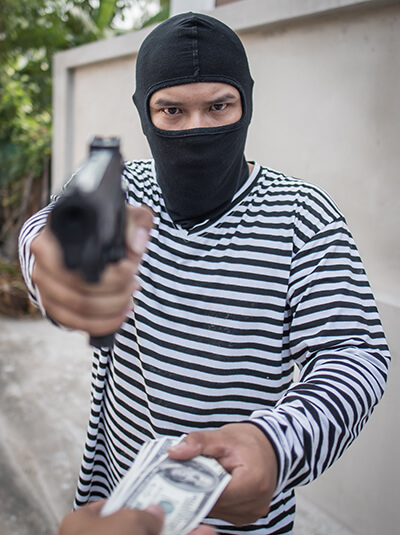 While murder and manslaughter are the first crimes that people consider violent, there are several other criminal acts that fall into the category as well. Types of violent crimes involving the death of one or more individuals include:

There are several crimes classified as violent in nature that does not necessarily involve death but instead can result in serious injury. These violent crimes can be filed in the first or second degree with certain specifics and include:

What an Aggressive Violent Crimes Defense Attorney Can Do

Violent crimes lawyers know they have a difficult and challenging task in representing defendants in these legal cases, and many times the evidence is stacked against the client. However, all evidence must still be gathered by proper seizure and arrest protocol. A Las Vegas violent crimes defense attorney can conduct a separate investigation into the material evidence validity and motion the court to dismiss or suppress any evidence obtained unlawfully before the case is even heard.

Going to Trial in a Violent Crime Case

It is not unusual for violent crimes lawyers to take a defense case to a full trial when there is solid evidence of reasonable doubt with respect to exculpatory facts or questionable statements being used by the prosecution. A dedicated violent crimes attorney can question all documentation before the trial and then cross-examine any and all witnesses being brought by the prosecution in an attempt to establish reasonable doubt that the defendant committed the act of which they are accused.

It takes a specific type of dedicated professional to handle these often high-profile cases. Not only will Gary L. Guymon contest the evidence and cross-examine witnesses and officers, but as your violent crimes defense attorney, he is not beyond conducting an independent investigation in building as much reasonable doubt as possible in a detailed fashion. The violent crimes defense attorney that is selected to represent a case defense in Nevada makes a major difference. In Las Vegas, Nevada that difference maker is attorney Gary Guymon. Contact him today to set up a free initial consultation.