Theft and burglary are two distinct types of crimes that are often considered together but can actually be unique individual charges based on material case facts. Theft And Burglary Defense Attorneys understand that case details are important in both instances, and sometimes technicalities can be an issue in prosecution. Prosecutors are often zealous in pressing serious charges, and especially when the case involves breaking into and entering any particular building or structure. However, it is actually not necessary for either to be part of a crime scene, as theft can be a white-collar crime as well when defendants have permission to access certain financial accounts in employment or association positions. Convictions carry similar punishment even in weak cases, and a conviction can permanently deprive some defendants of the ability to earn a living in their employment field if the intent to commit a crime can be demonstrated in court by prosecutors. 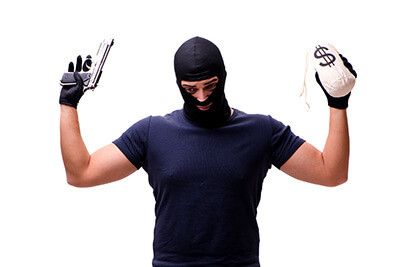 Theft is a wide-ranging criminal act under Nevada law. Theft and burglary defense attorneys know the acts can be perpetrated in many different ways, and in most cases, this actually is a situation where the material case details will control the eventual outcome. The value of goods involved in a heist is also central to the charge level, and this can even be very large sums based on how much access the defendant had to the missing resources or property. Punishment for a theft conviction almost always depends on the value and specific evidence of how the property was taken. Restitution is also a very common requirement of punishment, as failure to repay the value means the action can permanently deprive the rightful owner of the use of their belongings or financial resources in the future.

Types of theft charges include:

Theft and burglary defense attorneys clearly understand the difference between the two types of charges and that burglary will always include some element of entering a building or structure with the intent to commit a crime. Sometimes defendants actually have permission to access a structure while other times the act is essentially illegal entry. Burglary committed with a gun is automatically filed as a Class B felony in Nevada, which can carry an extensive prison sentence in addition to fines and restitution. Burglary can also still be filed as a Class B felony under certain conditions even when a firearm is not used. For multiple offender convictions, parole is not an option for prosecutors when cases are being negotiated for a plea agreement.

Never assume a charge for theft or burglary cannot be strongly defended in a court of law. Material facts have a major impact on any theft or burglary case just like who is chosen as defending counsel. Always call Gary Guymon at Gary L Guymon PC Las Vegas theft and burglary defense attorneys for aggressive and diligent criminal defense representation. The attorney handling the case can make a difference, and in Las Vegas, that difference maker is Gary Guymon.