Sex crimes come in a wide variety of scenarios in Nevada, and they are all very serious legal matters. In fact, those who have been convicted of sex crimes against children are required to register as sex offenders and are not eligible for conviction expungement following the conviction. The social stigma associated with a sex crime will remain with the defendant for the remainder of their life under Nevada law. And prosecutors are vigorous when pressing charges, often requesting sentencing on the upper scale of the allowed guidelines. This means that defendants are in the battle of their life in many instances. Staying out of jail is imperative for those facing sex crimes of certain types, and it is always essential to have aggressive representation from a Las Vegas sex crimes criminal defense attorney Like Gary Guymon for the best possible case settlement.

Sex crimes criminal defense attorney Gary Guymon understands well that one of the most serious sex crimes in Las Vegas is sexual assault charges such as rape. Rape actually falls into its own category when being prosecuted, and all sexual assault cases are prosecuted as Class A felonies carrying a potential life sentence under egregious circumstances. Evidence details are important in these cases as a convicted defendant can count on spending most of the remainder of their life in prison if not all of it. This potential alone is reason enough to retain an aggressive sex crimes criminal defense attorney.

Individuals can even be charged with sex crimes for having downloaded material on their computers and phones in Nevada. This is especially true when images are communicated to other individuals, who also stand to potentially be charged. Child pornography is actually very similar to the online solicitation of a minor. Evidence can be very technical, and aggressive legal representation from a sex crimes criminal defense attorney is extremely vital. 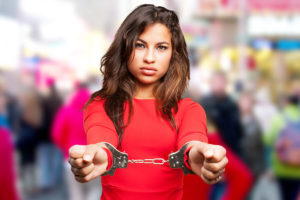 While prostitution is legal in many Nevada communities, this activity is still illegal in Las Vegas. And the charges can be very problematic when businesses are involved as well as individual defendants initiating the solicitation. These cases are often based on witness testimony, and an experienced sex crimes criminal defense attorney can cross-examine witnesses and officers when the case is being evaluated for reasonable doubt. The charge level for solicitation of prostitution is typically based on the actual material evidence being used by prosecutors.

Being charged with any sex crime in Nevada is a life-altering event, especially after being convicted. Never settle for a public representative. Always call the professionals at Gary L Guymon PC for comprehensive and vigilant defense. The future depends on it as well as individual freedom.