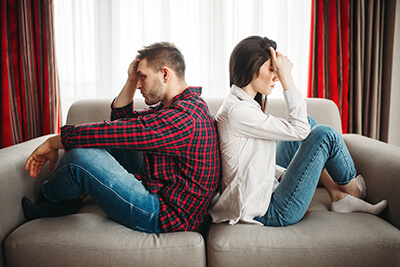 Domestic violence is a criminal charge that often is filed based on witness testimony, but many times there is also evidence of physical abuse as well. Levels of injury can range widely, and many times the only immediate documented evidence is medical records or photographs of injuries. There are commonly multiple questions surrounding domestic violence criminal charges, and ramifications of a conviction can be very serious long-term problems for the convicted defendant. This is exactly why it is essential to have experienced Las Vegas domestic violence defense attorneys like Gary Guymon defending a charge.

Physical abuse is not the only issue that can result in a domestic violence charge in Nevada. State prosecutors are serious about pressing domestic violence charges because it is a basic factor in public safety. While most cases revolve around men who abuse women, that is not always the case. Attitudes and actions towards children can be seriously problematic, and especially when the charge includes specific evidence that indicates:

Domestic violence charges are often based on testimony, which means Las Vegas domestic violence defense attorneys can cross-examine any witness in an open hearing as well as question them in an independent investigation before the claims are heard in court. Multiple witnesses are common in a domestic violence case, and sometimes even children can testify. While this is rare, it can happen. Third-party testimony is also common when the issue requires multiple accounts to prove the charge. Defenses particular to domestic violence include:

Aggressive domestic violence defense attorneys will almost always argue that reasonable doubt is still the standard and that this burden is not being met with the prosecution’s evidence. In addition, some evidence can be evaluated for dismissal and immaterial application when witnesses provide frivolous statements. Psychological abuse and emotional abuse as well as spousal abuse can be basically anecdotal, but financial abuse or domestic assault may fall into this category when there is no medical documentation such as in sexual abuse or physical abuse claims. Financial abuse can be supported by bank records in some situations, and abandonment and neglect can be evidenced in a variety of ways. All of this evidence can be contested by domestic violence defense attorneys regarding admissibility, and especially when multiple claims can be proven wrong in establishing maximum reasonable doubt for the defendant.

Never assume that any domestic violence charge in Nevada is not a serious criminal matter. A conviction cannot even be expunged in most situations after the conviction is recorded. There is a definite possibility of reaching an agreement among all parties in minimal evidence cases. Always call Gary Guymon, Las Vegas domestic violence defense attorneys for comprehensive and aggressive representation.