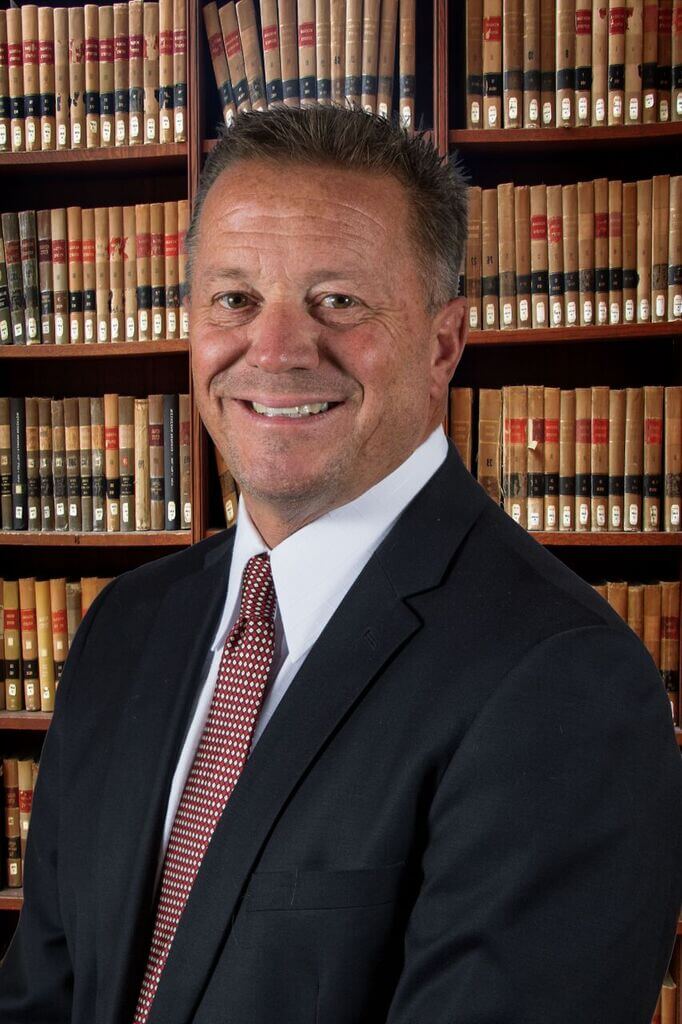 Experience and Results matter.  For over the past ten years, attorney Gary L. Guymon has earned the distinguished title of having the most Not Guilty jury verdicts in Southern Nevada.

Gary has been a trial attorney for over 25 years.  From 1990 to 2005, Gary worked in the Clark County District Attorney’s Office as a prosecutor.  Gary’s passion and determination as a trial attorney allowed for him to quickly move up the ranks at the District Attorney’s Office.  Gary earned the title of Chief Deputy District Attorney working on the specialized Homicide / Major Violators and Sexual Assault Units.  Gary was also the District Attorney’s Office’s Trial Training Supervisor for the entire district attorney’s office.  Gary was responsible for prosecuting all homicides and repeat offender cases that were assigned to him through the Major Violators Unit.  Gary was also responsible for prosecuting all sexual assaults and crimes against children cases.  Gary instructed the Las Vegas Metropolitan Police Department on issues concerning search and seizure to all cadets, patrol officers, and detectives.

Gary has successfully tried a series of high-profile media cases including State v. Margaret Rudin – the infamous “Black Widow” trial that was featured on America’s Most Wanted.  In addition, Gary successfully prosecuted Las Vegas Metro Police Officer Ronald Mortensen for First Degree Murder.  It is the only officer involved shooting here in Southern Nevada where the police officer was convicted of murder when the officer shot and killed an innocent bystander.  During his tenure, Gary earned a nearly unblemished record that spanned over 120 successful jury trial verdicts as a former prosecutor.

For more than 10 years, Gary has fought for the rights and liberties of those who have been accused of a crime.  Gary’s command of the courtroom is only part of the reason that he has the most jury acquittals and not guilty verdicts in the past decade in Southern Nevada.  Gary has successfully acquired Not Guilty verdicts in many high stakes matters, such as charges that involved multiple life sentences, the most serious of felony charges.  In recognition of Gary’s zealous and fierce advocacy on behalf of his clients, he is a recipient of the Scott H. Waitte Award and also the Outstanding Criminal Defense Advocate Award.  Gary has supervised, trained, and mentored many attorneys and has lectured and instructed on trial advocacy including jury voir dire, direct and cross-examination, and opening and closing arguments.

Gary attended BYU for his undergraduate education and received his law degree in 1989 from the J. Reuben Clark Law School (BYU).  Following law school, Gary clerked for the Honorable Judge Jack Lehman before undertaking his well-recognized and prestigious career as a trial attorney.  Gary is admitted to practice in the State of Nevada and Federal Courts.  Gary is also a member of Nevada Attorneys of Criminal Justice (NACJ), a non-profit organization of criminal defense attorneys located throughout Nevada, whose mission is to ensure effective representation of those accused of crimes through shared resources, legislative lobbying on constitutional issues, and intra-organizational support.

For more than 25 years, Gary has worked hard to develop not only a winning trial record, but also a strong rapport with local judges, prosecutors, and attorneys.  Gary’s experience, professionalism, and personal connections serve to benefit those who retain his services when they or their loved ones have been accused of committing a crime.